Plymouth College of Art student Gregory Williams has been announced a winner in the prestigious British Art Medal Society’s Student Medal Project. Gregory was one of over one hundred entrants from over fifteen art colleges across the country, with the winners chosen shortly before lockdown by a group of judges at the British Museum in London. 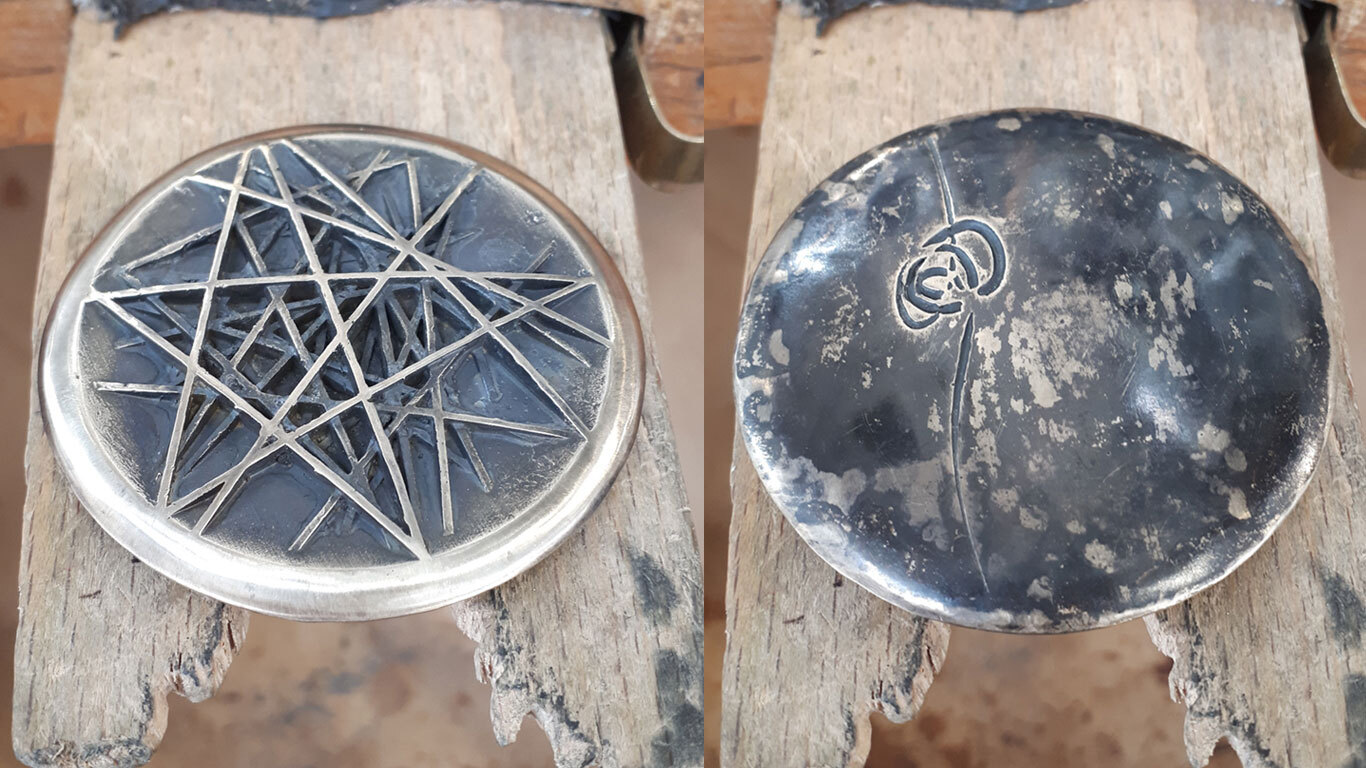 Gregory, who is a third-year student on the BA (Hons) 3D Design Crafts course, designed the piece called ‘Conversation’ using bronze casting and computer-aided design (CAD) software, supported by the expert staff in the college's Fab Lab Plymouth. Winning the prize presented by the Worshipful Company of Tin Plate Workers alias Wire Workers, the medal is a representation of the interaction and communication between opposing forces: the calming organic against the hectic mechanic.The judges commented on Gregory’s medal, highlighting the contrasting smooth and complex use of texture on both sides of the medal, remarking that it won due to the fact it was an attractive piece inspired by a good subject matter.

Gregory initially designed and created his medal in wax, submitting it with an artist statement to his lecturers who then selected the medals to represent the college.

Gregory, originally from Basingstoke, said: “I modelled the piece using Rhino 3D software, printing a few test pieces in plastic, making adjustments until I printed my final model in castable resin. I then used the facilities at Plymouth College of Art to metal cast the medal. During this stage, I received a lot of support and help from both the metal technicians and the Fab Lab, so big thanks to them!

“Winning this has given me such a confidence boost and has encouraged me to enter other competitions as well as consider medals as a future medium.

“I’ve thoroughly enjoyed the BA (Hons) 3D Design Crafts course, it’s been a real ‘hit the ground running’ experience for me! From day one, I was being taught the foundations of many different mediums, allowing me the space to develop my own practice and choose where I wanted to specialise. Between lectures, workshops, exhibitions and excursions, I feel that the course really pushed me to do more than I thought possible.” 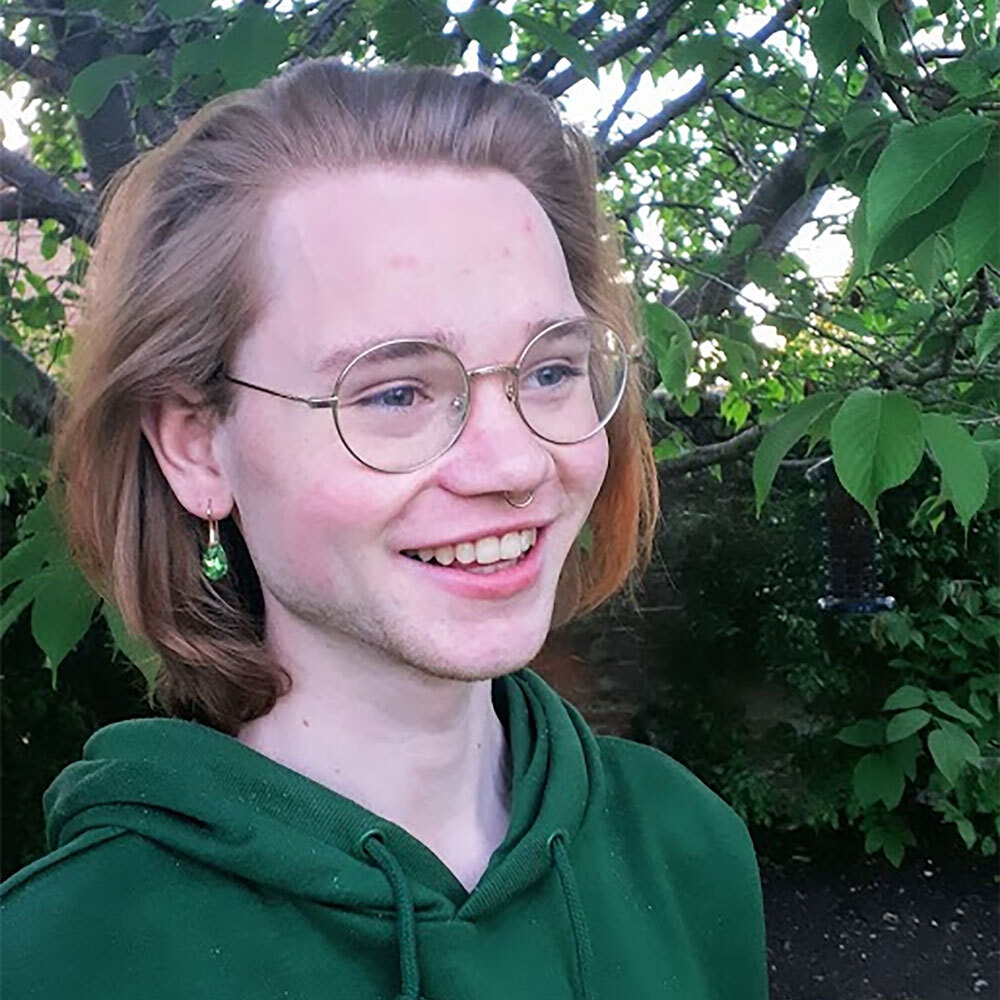 Senior Lecturer & Subject Leader for BA (Hons) 3D Design Crafts Gayle Matthias said: “It’s always so encouraging for our students to get recognition for their hard work, especially from esteemed organisations such as the British Medal Art Society. Over the years, Gregory has shown interest in working across a range of materials and processes. To win this prize just shows how far he’s developed creatively since joining the course.”

The Student Medal Project is hosted by the British Art Medal Society and actively encourages and promotes the art of making medals throughout higher education art institutions across the country and in Italy.

"Winning this has given me such a confidence boost and has encouraged me to enter other competitions as well as consider medals as a future medium."
- Gregory Williams, BA (Hons) 3D Design Crafts student

Supported by prestigious livery companies such as the Worshipful Company of Cutlers, the Worshipful Company of Founders and Thomas Fattorini Ltd, winners and entrants are published within a catalogue which also allows a record for those who are at the beginning of their artistic careers, with a further chance of the British Museum purchasing particularly exemplary student-designed medals for display.

Fab Lab Plymouth at PCA supported Sagetech Medical Equipment to develop it's use of 3D Design and 3D printing to develop it's innovative anaesthesia recycling technology.

When it comes to environmental emissions there are well known offenders such as travel pollution and fossil fuel use, but a relatively unknown and significant source of emissions can be found in the modern anaesthesia gases used in hospitals.

SageTech initially accessed the Fab Lab to learn 3D CAD, having identified this as an area crucial to the development of their technology. They accessed the SEED Project, an EU funded programme that enables the Fab Lab to provide bespoke learning to businesses based in Devon. From that, SageTech then accessed another EU funded programme; Impact Lab - Environmental futures & Big Data at PCA. This enabled them to receive technical support and 3D printing facilities. After around a year and many printed parts later, SageTech have moved onto the pilot stage and are testing their equipment an process in Devon Hospitals.

Art and Energy CIC is a pioneering artist-led energy company who are working to re-imagine solar panel technology as an art material for the future, not only opening possibilities for new cultural exchange, but creatively responding to the climate emergency.

Since being launched in January 2018 by Chloe Uden, who was soon joined by long-time collaborator Naomi Wright, Art and Energy have been exploring the aesthetic versatility of solar photo voltaic technology, and have developed a craftivist approach to generating green energy, the results of which will be launched in Exeter this weekend.

Over the last year or so, Art and Energy have worked with a host of creative and technical specialists from across the South West and beyond, including master glassmaker and Fab Lab guru Ian Hankey at Fab Lab Plymouth, here at Plymouth College of Art, as well the Environment and Sustainability Institute at The University of Exeter, LaserCutz in Honiton, and The RSA in London.

Since the summer of 2018, Art and Energy have also worked with Jenny Ayrton, a Plymouth College of Art graduate and glass artist. Jenny officially joined the Art and Energy team in February 2019. She specialises in sand and kiln cast glass, etching and engraving.