iMayflower: The innovators in sound immersed in changing the way we hear

The iMayflower project catches up with Matthew Raistrick and Ryan Thorne from Exitus Ab Productions, who are leading the way for immersive spatial sound.

Mono, stereo, surround - since the second half of the 20th century the world has been on quite the journey through sound.

But it’s never been quite so intensely captivating as spatial sound - a truly immersive and 3D experience which puts the listener in an audio environment that feels like escapism.

Listen to an audiobook created with spatial sound and it can feel like you’re walking in the shoes of the main character, without ever opening your eyes - a remarkably lifelike sonic experience that’s levels above surround sound at the cinema.

It’s literally changing how we listen - and in Plymouth, two masters of sound are at the forefront of the development of this immersive experience.

Matthew Raistrick is one half of Exitus Ab - roughly Latin for escaping from reality - a spatial sound production company doing pioneering work which is earning global recognition.

He and his business partner, Ryan Thorne, both completed a Master’s in 2020, specialising in innovation in sound. Next, they set up Exitus Ab - a “hands-on, innovation-driven production house, creating bespoke spatial sound design and music for audiobooks, TV, film, games and advertising”.

They were one of the companies on show at this year’s Fulldome Festival, a global celebration of immersive technology - hosted by ‘fulldomes’ across the world including the new Immersive Dome at the Market Hall in Devonport.

“We’ve been looking at taking the concept of audio books and making them into full 3D, spatial experiences where we’re able to put the listener in the shoes of a main character in a narrative,” explains Matthew.

“The whole world is just imagined around you, formatted in a binary format, so it’s headphone-based, but it’s very intimate because of that.

“As much as we love film media, and we’ve spent a lot of time in the industry, we find that visuals are always at the forefront and sound becomes secondary and it’s always dubbed over in post-production.

“In our company we wanted to be sound specialists where sound is the primary catalyst and the driving force of a production, and it’s still something that’s quite unique and new in the industry.”

It’s a difficult concept to wrap your ears around but a quick taster of one of Exitus Ab’s audiobooks (try their YouTube, Soundcloud and socials) and the experience is breathtaking.

The duo became involved with Real Ideas, creators of Market Hall and the Dome, earlier this year, and are in no doubt of the power the Immersive Dome could have in making Plymouth a capital for immersive experiences while giving a platform to innovative new businesses such as Exitus Ab.

“It’s something that’s incredibly unique for Plymouth. Opportunities-wise it’s provided us with not quite a residency, but at the moment we’re freelanced in and we’re able to offer support for the system here. We’ve got a 19.1 system which is incredibly modular.

“Just yesterday we had the first live performance that they’ve had here in situ, which ended up being a really incredible and completely unique experience. We’re able to develop our craft, really get to know this space. And we’re looking to put on our own content that’s going to be provisioned here as well in the future.”

Matthew is aware of how spatial sound is slowly making waves around the world. The recent introduction of Apple’s Spatial Sound integration has brought it mainstream and Plymouth could play a vital role in its development - attracting investment and helping build careers.

He said: “Spatial sound in terms of creative media in the South West at the moment is very low level. And in the wider industry, Apple has just introduced its spatial sound integration.

“But having this opportunity to be able to work with local schools, putting workshops on and doing induction and training sessions on the audio system here means we can engage with the local community and really then inspire the new generation of content creators who are going to be putting art projects on in this space.”

This activity is part of the iMayflower project and has been supported by The Department for Digital, Culture, Media and Sport, who fund the Cultural Development Fund, which is administered by Arts Council England. iMayflower is led by Plymouth City Council and delivered in partnership with Creative England, Crowdfunder, Destination Plymouth, Plymouth College of Art, the Real Ideas Organisation and University of Plymouth. 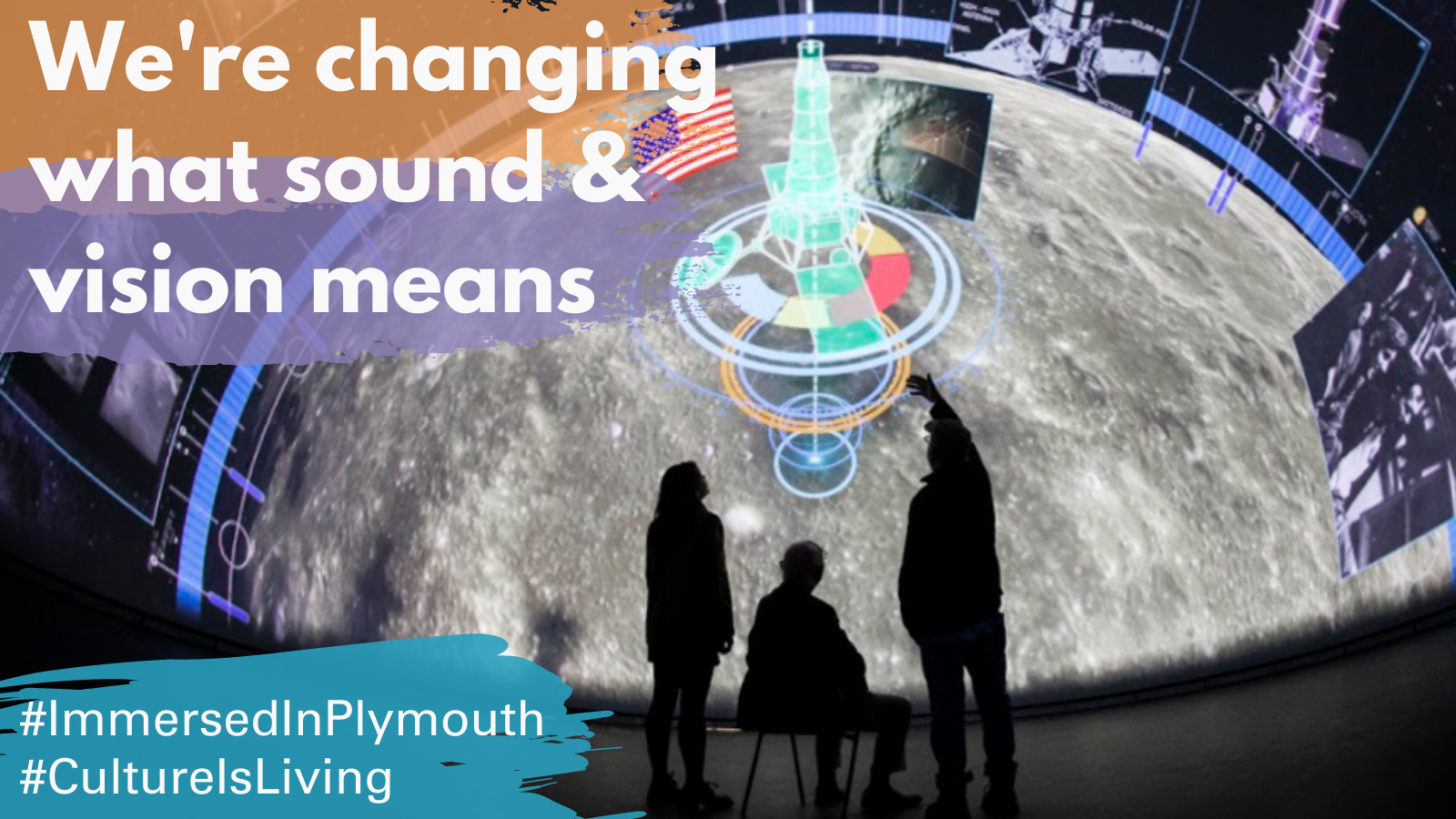